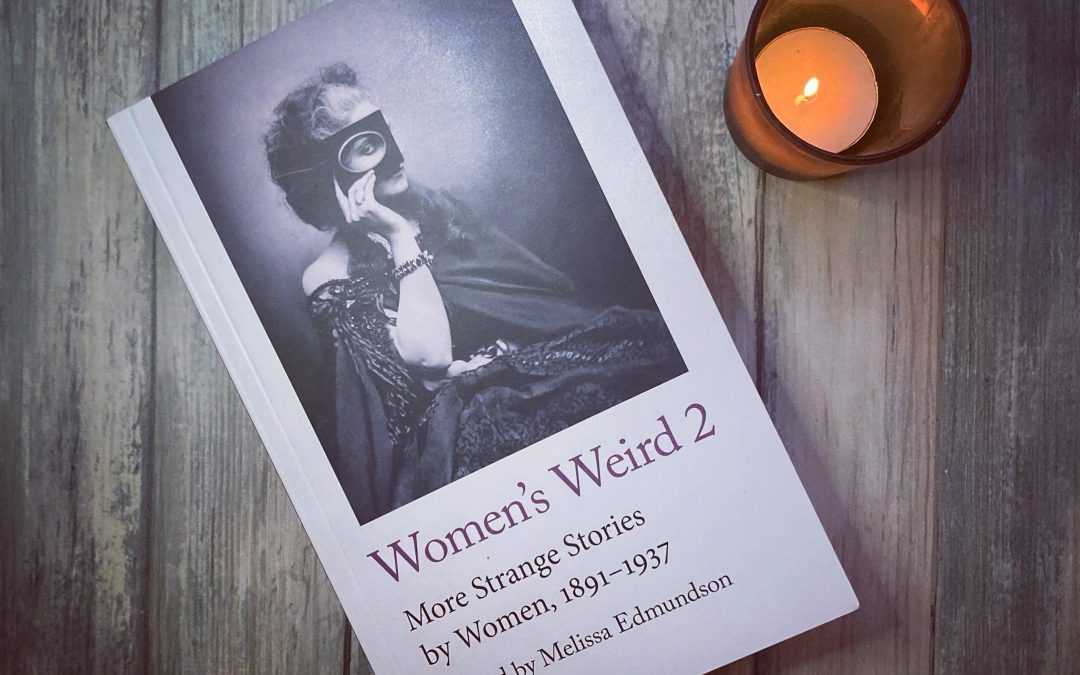 So it’s nearly Hallowe’en, and although I won’t be handing out treats to the local trick-or-treaters* I’m always up for a spooky book around this season. In fact, I save spooky books for this time of year, when the nights and the weather start to close in.

This book did not disappoint. It’s a collection of 13 (of course, 13) short stories written by women around 100 years ago – from 1891 to 1937, to be precise – featuring authors such as Katherine Mansfield, LM Montgomery and Stella Gibbons, among many others. Most of the stories have paranormal elements, and they range from the odd and disconcerting to the downright scary – it was a perfect book to receive for review just before Hallowe’en.

I will be honest and say that short stories are not often my bag – I’ve studied how to write them, written a few and even had a couple published, but they are not a genre I habitually choose to read. However, I know I’m missing out in this, and this anthology has reinforced my recognition that there are many small and beautifully constructed worlds out there, waiting to be discovered.

As with any anthology, there were some stories I loved and some I enjoyed less, but all were superbly crafted and chilling in their own way. Highlights for me were Helen Simpson’s ‘Young Magic’ (about a child, Viola, and her imaginary friend Binns) and Katherine Mansfield’s ‘The House’ (an unsettling tale of domestic ‘bliss’).

In many ways, though, I found the introduction to the anthology as interesting as the stories themselves. The editor, Melissa Edmundson, has provided a fascinating study of the evolution of the scary and weird in literature, from the classic Victorian Gothic to rather more complex modern conceptions – ghosts with ‘cultural baggage’ imposed upon them by the real-life horrors of the modern age. The old visceral fears are there, of course – the malevolent dead, monsters, demons and the unexplained – but the weirdness in these stories is also influenced by wider cultural traumas such as the First World War, colonialism and the Pandora’s box of psychology and psychiatry.

Edmundson also recognises women writers’ contributions to the development of the supernatural genre, discussing the authors in this volume and their stories (weird or otherwise) within their social contexts. This does feel like a particularly female collection – all the stories (apart from one) have strong women at their heart, either as narrators or protagonists, and the fact that they were all written by women makes the collection coherent and the tales all the more chilling.

This might not have been a volume I would have picked up in a bookshop, but I’m immensely pleased to have read it. I enjoyed it enormously, and recommend it to anyone who is interested in the development of the paranormal genre, but who also likes their short stories weird, unsettling and sometimes frankly terrifying.

Disclaimer: thank you to Bex at the Indie Book Network (hosted by Ninja Book Box) for sending me this pre-publication paperback in exchange for an honest review. The book was published on 27 October 2020 by Handheld Press.