Sussex Dialect – it’s out there!

So long since the last time I posted here – I have been a bad blogger… In my defence I have been terrifically busy, and some weeks have struggled to fit sleeping and eating in, never mind blogging – but no other excuses shall be offered. I have catching up to do.

Lots has happened since I posted in September, which I’m planning to blog about in a series of posts over the next few days. The first and probably the biggest was the release of my book on Sussex Dialect, which I wrote in April/May. It came out in November, and is now available (I’m reliably informed) at outlets in the south of England, and here online (I think probably at other places too, although the distributers seem to be taking their time – if you come across it, do let me know). 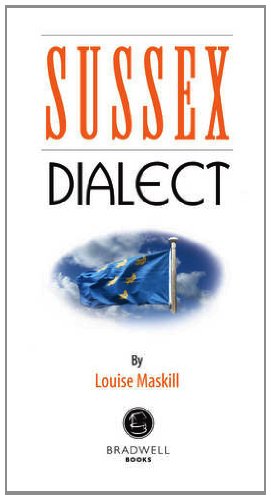 I’m really chuffed with this little piece – I’d worked before with the commissioning editor who contracted me to write the book, but previously I’d edited and proofread for him, and he took a massive leap of faith in asking me to write. He seems to like what I did, though, because I’ve just signed the contract to write a Norfolk edition (due for release somewhere around April next year).

I’ve had great feedback from a few readers, but only one review so far – although that is a 5* at Waterstones. 🙂  Again, do let me know if you find any others. In the meantime, I’m pretty proud of my little book.

More posts later this week, I hope, with news of other stuff I’ve been up to, and then another EXCITING THING is happening on Monday next week. I’ll be shouting about it here and generally making noise in other places too. Until then!